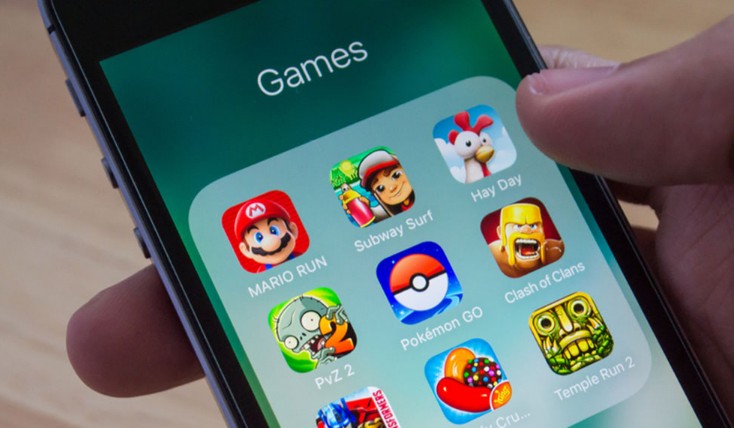 With the advancements in the iPhone’s 3D graphics and sounds, it’s no surprise that it has become one of the top choices for high-end phone gaming across the globe. Its long-lasting battery life definitely doesn’t hurt either. The iPhone 13 has always had cutting-edge superior image projection, as well as better storage quality and high-speed processors. Now, the launching of the Apple Arcade Exclusive just made the iPhone gaming experience a whole lot better.

The Apple App store has tons of games so this list will highlight a few fun ones that deserve a place on your TELUS Phones.

A gacha-based open-world PvE RPG created by Hoyoverse that’s relatively new on the mobile scene but skyrocketed in popularity on its release. As a traveller from another world, you get to explore a beautifully crafted and incredibly detailed world while you journey to find your sibling. Its combat system relies mainly on elemental abilities that you get to creatively combine with other characters in your party. You can choose to play single-player or with friends and strangers. Collect characters, go through interesting story quests and have fun travelling through the world of Teyvat.

The mobile version of the popular game, Player Unknown’s Battlegrounds was released on iOS on 2018. The game starts with the players parachuting down a specific location on the map. It is up to you to figure out a strategy to gain an advantage over your enemy. Look for weapons and equipment or a vehicle that can help grant your victory. This multiplayer shooter can let you play with single or multiple friends and engage in a giant battle royale mode.

A game that was launched in 2018 but didn’t explode in popularity until 2020, this multiplayer group allows you to rely on teamwork or a game plan to between ‘crewmates’ to identify the ‘impostor’ in the group. The crewmates are composed of up to ten people that are given a handful of tasks to complete in order to survive in outer space or in an alien planet. The catch is that at least one of the members of the crew is an impostor out to kill the other crewmates one by one. Sharpen your logical skills and engage in friendly debates as you either try to identify the impostor or prevent the others from figuring you out as the impostor.

This mobile game launched in 2016 combines location-based and augmented reality technology to give you an immersive experience in the world of Pokémon. To this day, it remains one of the most popular mobile games of all time. All the locations for the in-game activities are all based on locations found in the real world. Explore the world around you through a new Pokémon-tinted lens. Encounter different Pokémon and collect your own all while going around your daily ordinary life.

The smash-hit shooter series allows you to join your friends and play with teams even while on mobile. A first-person shooter game that was launched by Timi Studio Group in 2019, it has now become one of the most highly played mobile games worldwide with around 270 million downloads per year. Choose your favourite characters, weapons, and armouries and engage in a fun battle royale while on the go.

This real-time strategy game was soft launched on iOS in eight countries in 2016. In this multiplayer card game, you get to create a deck and play cards that come to life on the battlefield, with characters from the popular empire building game, Clash of Clans. Collect and upgrade cards, win crowns and trophies, and join or create your own battle community to win territories and share cards with in this highly addictive tower defense game.