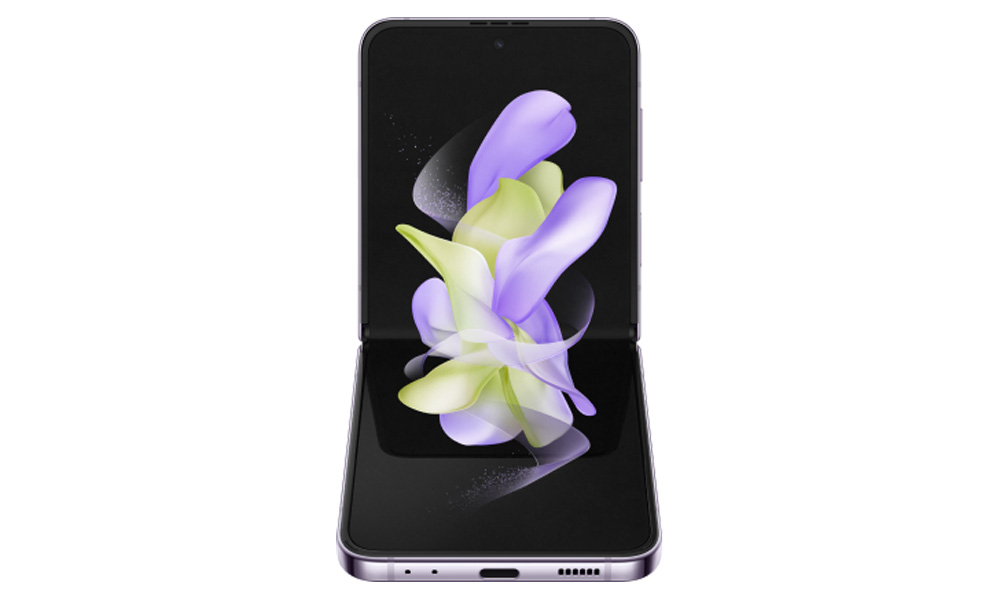 Industry-leading Smartphone brand, Samsung, has finally introduced the Galaxy Z Flip 4. This is in a bid to make foldable phones popular and appealing to individuals that want something different. The Samsung Galaxy Z Flip 4 TELUS phone comes with new software features that leverage its foldable design. It also has a bigger battery and better cameras to promote low-light photography.

Market research estimates show that the Galaxy Z Flip 4 model is the most popular foldable phone available. There is also notable progress when it comes to understanding the target audience that finds foldable devices such as the Z Flip more appealing.

Besides its compactness, the company is making an effort to prove that there is still more to love about the Z Flip 4’s overall appeal. Samsung has introduced an interesting feature in this model known as Flex Mode. This feature is useful for splitting apps between the top portion and the bottom portion of the screen. This means that you can use the bottom portion as a trackpad to navigate the top part of the screen when the phone is folded halfway. With this new update, it should be very easy to navigate between apps in Flex Mode.

This is the first time that the Flex Mode feature is being used in the Galaxy Z Flip 4 and Z Fold 4 phones. Samsung has, however, said that it may consider introducing it to the older folders phones as well. I just recently bought the Z Flip 4 and I find this feature easy to work with. You just need to toggle it in the settings menu.

Samsung has also made several new additions to the phone’s cover screen. Several refinements have been made, allowing you to make phone calls and reply to text messages from the outer display. You can also take portrait mode photos with just access to the cover screen.

With the Flex Mode and the extra functionality of the cover screen, there is no denying the Z Flip 4 is on the right path. However, it is still unclear whether these upgrades will be appealing enough to convert those that prefer flat phones over foldable phones. Nevertheless, Samsung is focusing on both the software and the hardware in order to meet the promise of foldable phones.

Furthermore, Samsung is making several updates on the Z Flip 4. A major update is Qualcomm’s Snapdragon 8 Plus Gen 1, which is an upgraded version compared to the chip that Galaxy S22 runs on. As for the main camera resolution, the Galaxy Z Flip 4 features 12-megapixel wide and ultra wide lenses, which are similar to the Z Flip 3. The only difference is that the Z Flip 4 has been designed with an improved nighttime photography feature found in Galaxy S22. Consequently, it has a bright and wide lens and a larger pixel size. Plus, it can support portrait mode photos even when taken in the dark. As for the battery size, Z Flip 4 has a 3700-mAh battery, which is larger than its predecessor’s 3300-mAH battery capacity.

The design of the Z Flip 4 remains pretty much the same as that of the Z Flip 3 with very minor changes. It has a glossier finish, a slightly smaller hinge, and a 45% more durable internal display than the Z Flip 3 model. The exterior of the Z Flip 4 features Corning’s Gorilla Glass Victus Plus coating. It also comes in colour options like blue, pink gold, graphite, and the new bora purple, which the brand just made available for Galaxy S22. Although the Z Flip 4 and Z Flip 3 appear similar at first glance, it is easy to note their differences when you compare them side-by-side.

The Samsung Galaxy Z Flip 4 is a monumental advancement thanks to its new software improvements and upgrades to the battery, camera, and processor. It represents a major breakthrough for foldable TELUS phones, even as Samsung seeks new ways to interact and work smoothly with apps unlike when using a non-folding phone.